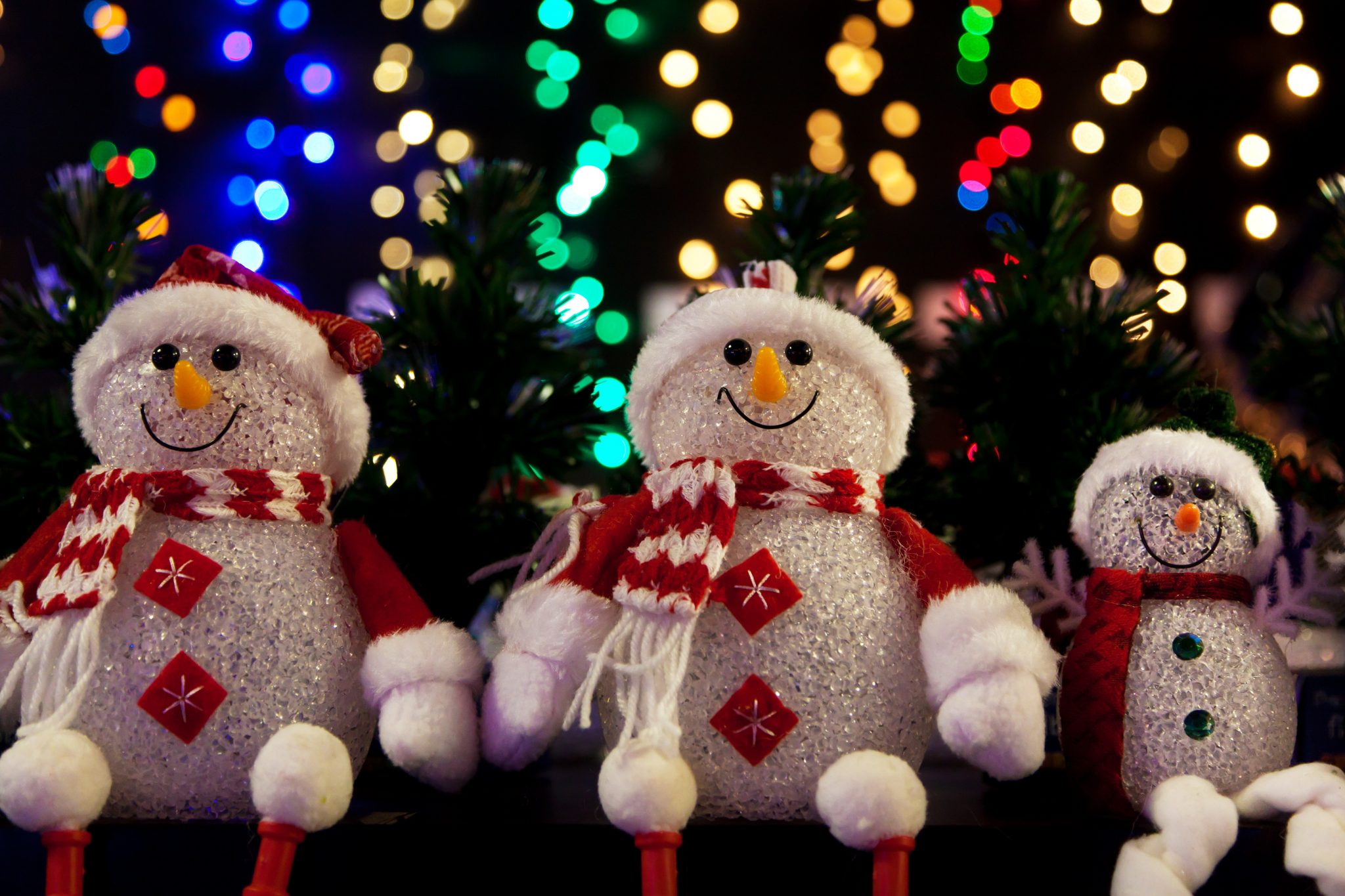 Christmas is supposed to be a time of great joy, fun, laughter and celebration.  And for many of us it is. But for many people there can be a darker side to the holiday season as well. In fact, it’s well known that this time of the year can cause a huge amount of relationship stress and tension. And it’s this tension that really can cause major issues for couples.

As soon as we start to feel stressed and tense, we’re likely to snap at our partner and take that uncomfortable stress feeling out on them. So we need to manage not only how much stress we experience, but how we deal with that.

One of the things that creates a lot of stress in the holiday season is the pressure that we put on ourselves to have the ‘perfect Christmas’. This is made worse by beliefs such as:

As soon as we start to worry that things aren’t quite perfect enough, our anxiety levels rise and this increases our level of stress and we often react badly. We might snap at our partner or our kids, and push them to do the things we need—all in the name of trying to be perfect. But believe me; this is one of the fastest ways to create even more stress and relationship problems.

So this year, let’s change that. Here are a few tips to help you avoid stress related relationship problems this holiday season:

The pressure that we often put on ourselves to be perfect at this time of the year can actually cause major issues in our marriage and our relationship. When we’re stressed we unconsciously push that same level of stress onto our partner (and kids), which makes them feel even more stressed. And this means that they’ll probably also feel stressed and react badly as well. So this year, let’s make it different. Instead of getting stressed, think: “Good… is good enough”.

Some of the pressure that people tend to feel at this time of the year is about the need for everything to be perfect. Especially if in-laws are involved. Many people feel like they have to please their partner’s parents (or their own parents), or they’ll be seen as “not good enough”. But of course that’s never true. That’s because perfect is something to aim for… but definitely not something to beat yourself or others up because they’re not reaching it.

It doesn’t have to be perfect. Good really is good enough!  After all, isn’t enjoying the process just as, if not more, important than how things look? So instead of reacting badly and feeling pressured, this year focus on having fun, laughing and enjoying yourself and each other.

If you notice that your partner is stressed, don’t react badly to them. If they snap at you, just ask them how you can help and give them some support. Maybe a hug would help, or maybe they need you to step-up and do something that’s going to make them feel more organized? Who knows. But either way, don’t react because they’re reacting. Instead, ask them what they need and support them by working with them to help them achieve what you both want.

Talk openly about what you both want and make a plan

Take some time out to sit down with your partner before Christmas and talk openly about what each of you want to achieve this Christmas and this holiday season. Both of you might have very different ideas about how you want Christmas to be. And that’s okay. It’s not that one of you is right and the other is wrong. You both just have different opinions, ideas and desires. That’s absolutely okay.

In that planning session, don’t judge your partner if they want different things. Instead, look for the wiggle room between your two different ideas and try to work as a team so that both of you can get at least some of what you want. That’s a good step towards working as a team.

In your planning session with your partner, no doubt you will have allocated each of you different tasks and things to do so you can arrive at Christmas morning feeling like you’re mostly on-track.

If you’ve agreed to do some things, then follow through and make sure you do them. There’s no point saying you’ll do something and not doing it. If you do that your word won’t mean much going forward. Of course, if you’re struggling to do something, or if you don’t think you’ll get it done, then don’t just avoid it. Talk to your partner again and negotiate the rules as a team to see if you can find another way to achieve that.

Following through and doing what you say you’ll do is super-important, especially when there’s a chance that one, or both, of you will be feeling more pressure and stress.

This ties in to that saying above again: “Good is good enough”.

So what if you make a few mistakes or don’t get things “exactly right”? Is that really the end of the world? No… of course it’s not. In that moment it might feel like it, especially if you’re surrounded by judgemental or critical people. But the truth is that it’s normal for you to make a mistake or two. And all that really means is that you’re human.

So if things aren’t perfect; for example, if that gravy doesn’t turn out exactly right, or if your kids aren’t the perfect angels, or if something else doesn’t go exactly to plan, rather than internally chastising yourself and getting even more stressed, do something different this year.

Consciously choose to stay calm, and accept that good is good enough. Things probably are fine just as they are. If you make a mistake, by all means learn from it so you don’t do it again, but don’t beat yourself up.

Instead, choose to laugh at yourself and forgive yourself for being human. I believe that mistakes are actually a crucial part of our lives. They’re like stepping stones towards success. In fact, as you will know if you have teenage children, sometimes the only way people learn something is by making a big enough mistake and then learning from it.  So if you have a tiny screw-up during this holiday season, don’t get stressed, laugh! Step-up, own-up to what you’ve done and choose to laugh at yourself for being a human being. After all, will it really matter in 100 years? You’ll probably find that when you stay relaxed and laugh at yourself, rather than getting stressed, that will give everyone around you permission to relax a little bit more too.

Of course if the mistake you make affects someone else badly, make sure you also apologize to them, show them some empathy and do what you can to make amends. But don’t panic or beat yourself up. The idea is to take the pressure off yourself and your family.

And remember that this applies equally as well to your partner. If your partner makes a mistake, whatever you do, don’t judge them. Instead consciously choose to love them and support them. After all, they’re also probably feeling a bit of stress at this time of the year too. So take the pressure off them and remind yourself (and them) that you’re on the same team. Because you are on the same team!

Don’t let others push your buttons

When we’re surrounded by family members and we feel pressure or judgement from them, it’s easy to become vulnerable, tense and more stressed.

During this holiday season, it’s quite common to see many grown-up, adult people regress and almost start to behave like they did when they were teenagers again. That’s because they’re being triggered by their parents or their siblings. As soon as their family is around, they’re instantly back to being a child in that family, which creates major tension.

At that time many of the people I’ve worked with feel so pressured by their own family that they tend to take this out on their partner. And, ironically, their partner does exactly the same in reverse with their own parents or siblings. But this is completely unhelpful.

Maybe your parents or your siblings family, or your partner’s parents or siblings actually are a bit judgemental or critical. Maybe they have high expectations about how perfect things should be at this time of year. But that doesn’t mean that you have to react as if their expectations are okay.

This is where you get to exercise your choice. At that moment you don’t have to play their game. Just because someone is judging you (for not doing it perfectly, or for not doing it the ‘right’ way—their way), that doesn’t mean that you need to react to their judgement.  Because reacting to that creates what I think of as the Volcano Effect.

Here’s what I mean by that:

That reminds me of a joke that someone told me years ago. I can’t remember it exactly, but it went something like this:

Two women are sitting on a bench watching their children, who are having a swimming lesson.

One of the women turns to the other and says:
“I’m so lucky, when I had my first child, my husband bought me this beautiful diamond ring”.

The other woman replies:
“That’s nice”.

The first woman then says:
“And then, when I had my second child, he took me on an amazing ten-day cruise.”

The other woman then replies:
“That’s nice”.

The first woman then says:
“And when my third child was born, my husband took me on a phenomenal trip around the world.”

And, just like she’s done before, the other woman replies:
“That’s nice”

The first woman then asks:
“So what did your husband get for you when your children were born?”

To which the woman replies:
“When we had our son my husband sent me to finishing school.”

The first woman, somewhat surprised by that answer, then asks:
“Really… why would he do that? What was that for?”

To which the other woman replies:
“It taught me that instead of reacting badly when people brag about their lives, I should just say the phrase ‘that’s nice’ .”

Now while that’s not necessarily a great joke, I actually like the idea of choosing to use other words instead of reacting. And that’s exactly what you could do this holiday season. Because here’s the thing, as soon as someone gets you to react, you’ve given away your power.

So if your parents or your siblings, or your partner’s family seem to be judging you, instead of reacting badly, you could choose to stay calm and say something, such as “thanks” or “that’s nice”, or “good for you”, or you might even say:”it sounds like you would have done it differently?” By doing that you take back your own power and refuse to get involved in the drama.

So this year, instead of reacting to what others say, do something very different:

As always, I’d love to hear your experiences. So leave me a comment below and let me know how your Christmas is and how you keep your cool, reduce your pressure and make your relationship great.

What do you think? Leave a reply below...

Are you ready to take back your power and make your relationship great?

Enter your details below to download the first few chapters of my book for free: